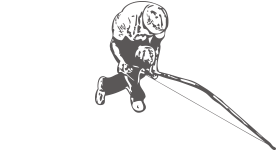 Remember to fill in your full name and that it is for the workshop. You’re considered registered when we receive your payment.

We offer free lodging to the first 20 people from abroad attending to the 3 day workshop. Bring your sleeping bag.

There will be a catering service at the workshop location for 30 NOK (3,5 euro)

Marcelo was born in Salvador, Bahia, Brazil. In the capoeira world his nickname is Boca do Rio. He began practicing Capoeira Angola in 1982 with the group Capoeira Angola Pelourinho (G.C.A.P.) being instructed by Mestre Moraes to become a contra mestre himself. From that time on he´s been giving workshops in Sao Paulo, Belo Horizonte, Curitiba, Florianopolis and Porto Alegre (Brazil).

He is the mestre of the group Capoeira Angola Zimba and teaches both theoretic and practical classes. He´s also in charge of a berimbau orchestra as well as organizing international capoeira seminars and meetings. The main focus of these activities is the formation of Capoeiristas Angoleiros integrating the elder traditions of Capoeira Angola either in the scope of the corporal movement, either in the maintenance of its rituals.

From 2002 and 2006 he was invited to participate in Capoeira meetings and workshops in different parts of the world such as U.S.A., Switzerland, Germany and Austria. The Zimba Group has been developing the same activities in Austria (Vienna) and Brazil (Porto Alegre) for eight years. Mestre Boca do Rio also works as a teacher with children and teenagers (from 5 to 14 years old) in social risk situation.

His works in the coordination of the Group Zimba is widely recognized all over and is a strong reference in the Capoeira Angola tradition in Salvador, Bahia. 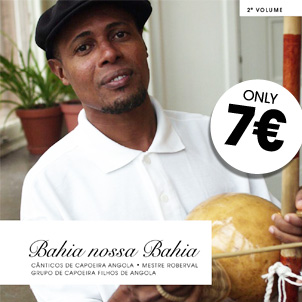 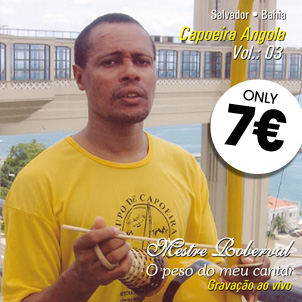